Switching over from my Palm Centro phone to my Sony Ericsson Xperia X10 Android phone, I found a little nifty software called Blogger Droid by Anders Hedström from the Android Market. I thought it was great to do some mobile blogging on the go but turn out using this piece of software wasn't as great as I thought it would. 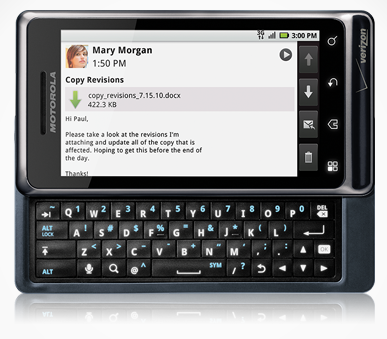 Although it has some nice function like shrinking the mobile photos before you post it up thereby saving you some precious data charges especially since I signed up the minimum Maxis 100MB data plan you can't just go blasting away as though you got a lot of data transfer.

However this software is still very buggy and found out that I lost 3 set of posts when I tried to do some mobile blogging. Initially when I tried Blogger Droid it was pretty ok, save for the irritating ads which took up a fair bit of display asset on my Sony Ericcson Xperia X10 mini pro Android phone. I thought I just bear with the advertisement if it could serve my mobile blogging needs.

But the lost posts was really frustrating and wasting my time composing anything that got lost along the way. It should save a copy in the Android Phone memory so that even if it was not able to post successfully it should still keep a copy in the Android phone memory. It only kept the draft copy, and after you have made a post it erases the stored memory. So the potential for lost post after an unsuccessful post is very high. This gets the thumbs down from me for this Android application. I decided to find another alternative way of posting blogs on the go and found way finally!

By using an image shrinking software to resize my photos, and using the Android phone's Gmail I could actually post my blogs. Pretty much how I did it with my Palm Centro. So looks like bye-bye sayonara to Blogger Droid app.