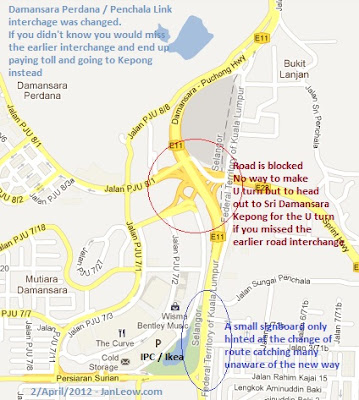 Time to do a major car servicing to my Toyota Altis. Having clocked about 170,000km, some of the engine rubber seals and parts has worn out. Should have known that it was rather serious when I notices spots of engine oil on my house front car porch. It didn't cross my mind that the leak was serious. During one of the my field sales trip for a customer call on a late afternoon, I was suddenly taken in by fatigue and decided to have a pit stop in a Petronas petrol kiosk. 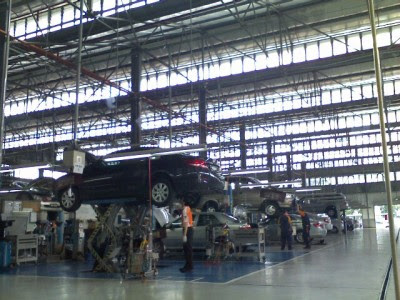 While having a cup of coffee, I was thinking, "Perhaps I ought to give the engine oil level a look since I'm already here in the petrol station." After my coffee break, I open the bonnet and was rather alarmed that the oil level was empty!

I was rather fortunate to check it and bought some engine oil. If the engine was to burn, it would be a major disaster! Anyway the Toyota Altis was due for servicing so may as well send it in to fix the engine leak and service the car at the same time.

Seems like the Toyota section 19 service centre is rather pack for those cars undergoing major servicing and I will have to wait for a full one week before I could get my car back! No choice I suppose.

According to the Toyota servicing staff, such major servicing usually takes about 3 days, but this time round, the car servicing will take longer due to lack of lifting ramp service bays.

Spying at my calendar, I noticed next week there will be a two week long school holiday break. Perhaps that might have something to do with the many cars being sent in. After all, parents would like to take some time off with their children and go for some travel destination holidays locally. Sounds like a plan! Well, my son is still rather young for any long road trip. Perhaps in another month or so then.

Meanwhile, I just have to sort out my transportation issue. In Malaysia it is a big handicap if you don't have a vehicle to move around, the public transportation is just way too unreliable!

Again my engine oil was way empty! This time round I sent it to Kota Ming Motor for checking instead. They checked the engine but could not find any leakages. All the seals are as it should be. So they inform that whenever cars become old, the engine would start to burn off black oil into the exhaust system. The workshop owner joked that my car condition was so much better than his old jalopy!

I bought this car way back in June 2004, so it has been used for 8 years already. So a partial solution to avoid forgetting to check for engine black oil level, was to use semi-synthetic engine oil and have the car serviced every 5,000km instead of the usual 10,000km. A thicker viscosity oil would also help prevent the oil from being burnt away too easily by the engine combustion.

However by using a thicker viscosity, the drive would not be as smooth as a fully synthetic engine oi. I could live with that. After all the car has served me well for so many years and it was coming towards the end of its trouble free driving. You could see the many scars of driving in Malaysia. No way you could keep your car dent and scratch free. If you didn't knock something, someone else would eventually knock into your car, as the saying goes.

One thing for sure, a Toyota car has a long durable life span. Even though this Altis car was manufactured in Thailand and not Japan, it still kept much to its quality standard.