Anyway, the War Robots Event is a good chance to obtain items and robots quickly without having to go through the long tedious wait for amassing gold and workshop points. However don’t think this would be an easy task. The War Robot event task list shows the difficulty to obtain some of these coveted robots and weaponry. Having played my first event games during their Halloween event, I didn’t had a clue on what were the next item on their task list and the task required out of each step.
Read more »
Posted by Jan at 12/14/2017 12:51:00 pm No comments:

The choice of weapons is up to individual style and of course affordability based on your currency that you have. Silver priced weapons were the easiest to procure. Next easiest would be the workshop point types, the gold price and the most difficult would be the jigsaw component priced versions.
Read more »
Posted by Jan at 11/03/2017 01:11:00 pm No comments:

I would say only 10 of the robot mecha (price tag in silver) were easily obtainable while the rest you litterally have to slog through to get it. With the worse ones being the Korean robots which was virtually impossible to get unless you were willing to pay real money for it. Of which I believe was totally not worth it at all.
Read more »
Posted by Jan at 10/24/2017 05:39:00 pm 1 comment: 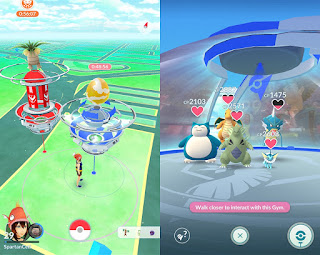