So after about nearly a month of whacking other people’s robots in a multiplayer environment, I would say this game is actually quite tough and grueling. Playing a winning battle requires a good mix of strong robots and weapons and some good luck pairing with good players. 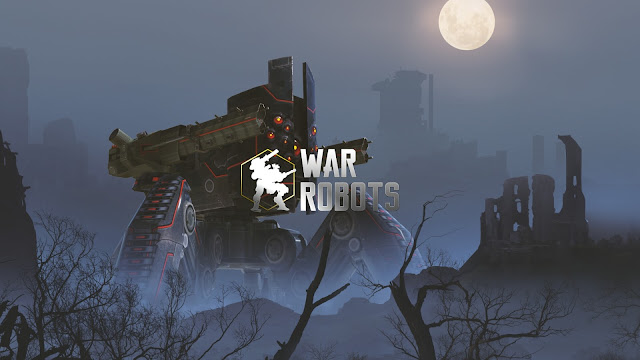 And to get better equipment you need to acquire silver (Ag), gold (Au), workshop points, influence, and various jigsaw points. Some of this online currency like gold is very hard to acquire. And if you could of course use real money to purchase it, but the price tag is very expensive leading to many gamers complaining that Pixonic was way too greedy. Mind you, the cost of having any gaming money to acquire a robot is the same as buying a new mobile phone!

I suppose only the hardcore players would spend unwisely for a shortcut to gain powerful robots and equipments! And I think there are players out there who actually dump a sizable amount into their gamer, because there are times I find myself on many occasions outclassed by the opponent's robots!

There is a lottery system where they call it the black market in the game where you might get a very, tiny slim chance of acquiring some goodies. To participate, you need to acquire keys which will be given to you after every battle. In my early level, I was fortunate enough to win a Golem and a Zenit. After that, it was virtually impossible to win anything usable. This lottery system is actually very bad for impressionable young and teaches the bad habit of gambling. I read some comment where the player plonk in much money into the lottery but get nothing back in return. I have a feeling the lottery system is rig in such a way you would almost never get anything useful, so best not to waste too much time on the black market lottery system. 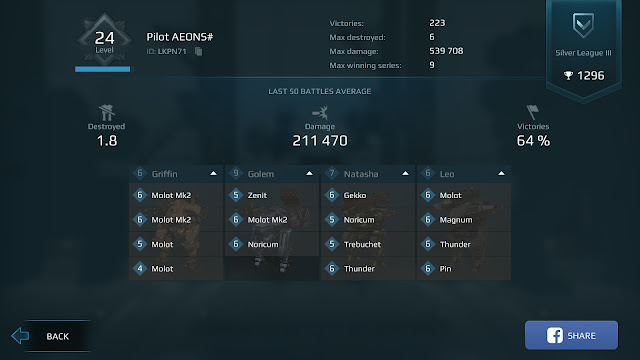 Having played for almost a month, my profile level is 26 with below 50% average victories and an estimated 1.9 destroyed opponent robots. I have 4 slots for robots and now gunning to add my fifth slot. Getting the fifth slot to open is really excruciatingly slow because you need 5,000 gold and gold is one commodity that is the most difficult to get in the game. It’s no wonder why people were willing to spend real money to speed up their progress!

However I believe it was still possible to progress in the game albeit very, very slowly without using real money. Although you could contribute some funds for the game makers if you wanted to speed up your progress, but their asking price was really a put off.

The game battle objective was simple, there are 5 beacons and your team need to capture at least 3 to win. The more beacons your team holds the faster the opposing team bar will reduce. Another way to win was to destroy all the opposing team robots. However I found the game was not very well balance. Sometimes one team had more robots than the other and other times one team had stronger robots in their collection. Perhaps it was purposely designed to be unbalanced. Pixonic did explain the battle maps were not symmetrical and there were advantages or disadvantages for each team depending on which side of the maps the robots were spawn.

Additionally good teammates was important to ensure game victory. There would be times you were saddled with utterly incapable teammates and the game would be over quickly. I think good teammates would be most important criteria to win as they have the sound tactics and strategy to work together to win. 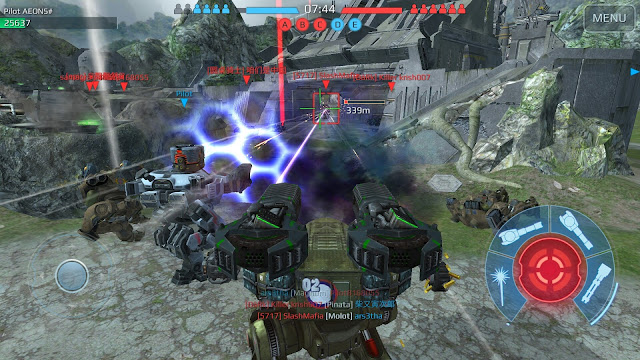 Sometimes I would get lucky and win several games in a row. Other times the dice roll was against me and I would lose several battle rounds in a row. I figured with my current average robot & weapon collection, coupled with my tactics and strategy, the chances of winning and losing a battle was about 50%. It would be nice to have more powerful robots and weapons sooner, but if given enough patience and time, I could probably get some equipment of worth.

Overall, though I do enjoy the game, it does get gruelling and the slow progression to improve your War Robot collection was probably the game maker’s way to limit the very powerful player from becoming too strong quickly and make money out from the frustration of players who would like to gain better equipment a little quicker.