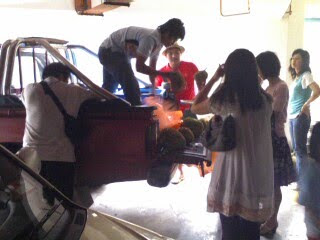 Durians anyone? Definately a hit with my church members. This was to help out with the orang asli mission and now with the durian season on the way there were quite a number of durians from the durian orchard somewhere in Jelebu. 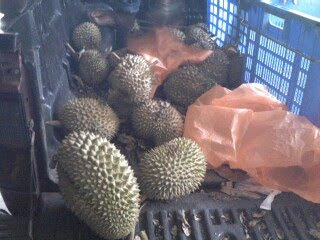 There are orang asli people over there and they need a lot of help to alliviate their standing. Aid from government seems to stop whenever the Orang Asli take on the Christian faith. Surely such marginalization based on religion is thriving happily unchecked. Oh, didn't know that? Such things are never published in the mainstream media. If you hear the kind of stories my fellow hardworking Orang Asli missionary friend encounters like the time they were blockaded by the authorities you would have thought such stories were the stuff of Hollywood stories but really such confrontation occurs off and on. 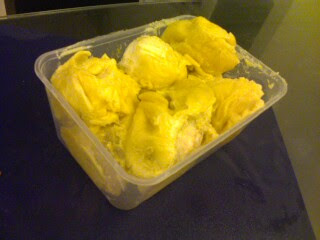 Anyway back to the durians which they brought all the way back from their durian orchard they have the D24 which are meaty and very sweet tasting but has a less yellow colour; and they have the D101 which has a deep yellow with redish tint and has a less sweeter taste and slight bitterness to it. Some people prefer the bitter taste just like those who like bitterness of the Guiness stout beer over the ordinary draft beer.

Anyway I bought two D24 and one D101 just to help out in the charity. The durians were tasty but a little overly ripe. At least you know they are not using pesticide in their durian orchard.