What To Do With Old Computers and Laptops

So you got your hands on some old computers and laptops. Depending how old it is, you could either consign it to the recyclers, especially if it is way too old, or try to revive it for some other purpose. Previously I usually got rid of them when I obtained a new PC. However these old computers and laptops could still run and they may yet be of good use. And that’s what I did.

When my office relocated, I salvaged a bunch of old PCs. At the same time, my family also passed me some old machines. These old computers and laptops were about 12-15 years old. They were lagging and doing any work was really trying your patience! Not to mention some of these PCs were overheating and would suddenly shut down! 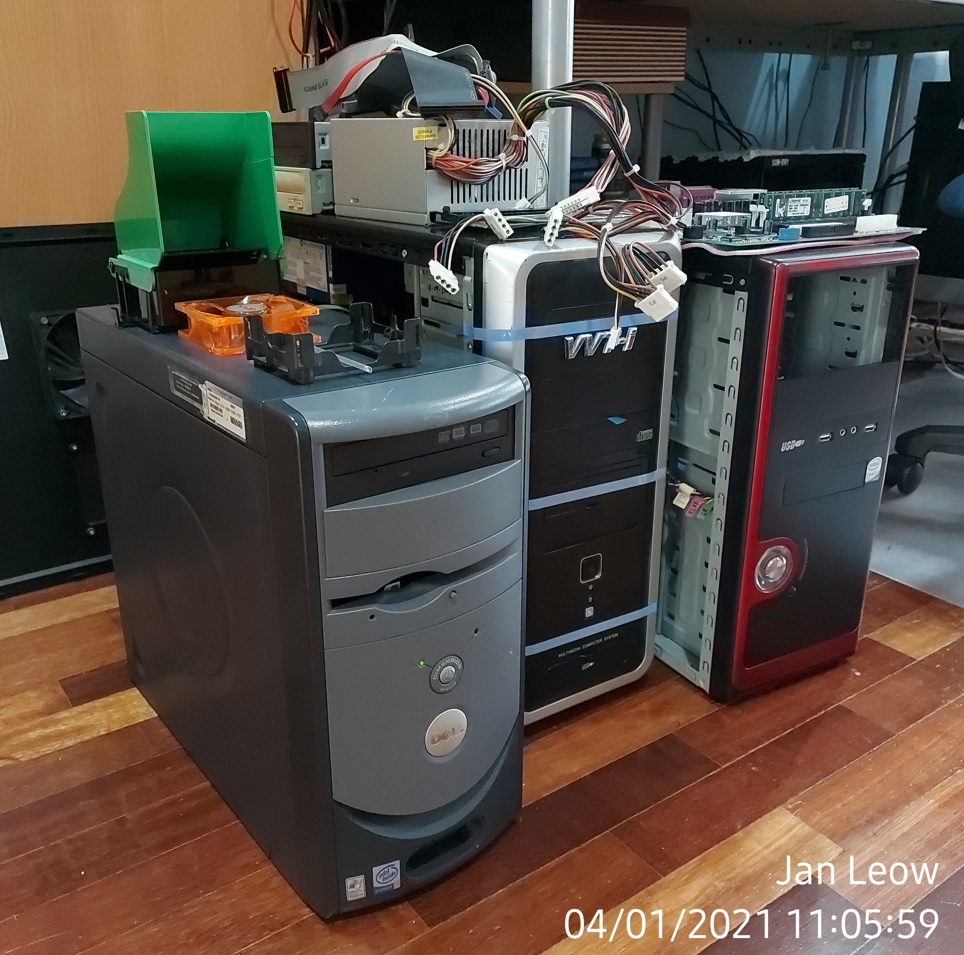 Don’t dispose of them just yet! There may still be of use. However before using them, you do need to clean up the components and reinstall the OS. For an aging machine, Linux is best for running in old machines due to their low resource requirement.

Here are some ideas for reusing old computers and laptops.

1) Old computers are great for learning

Old computers are great for taking apart and putting them back together. This is where you can fiddle with swapping hard drives, DVD drives, RAM memories. You may still be able to find a service manual PDF online for that old motherboard, PC or laptop. While taking them apart, you could thoroughly clean up all the accumulated dust and gunk. If you have PCs and laptops of similar range, you could swap about the parts and designate one PC to be upgraded to the max of its capability.

You have heard about the alternative to Microsoft Windows. You wanted to try but didn’t want to dual-boot your current workhorse computer. Using an old computer, this is a great way to try out what Linux is all about. Wait! Don’t stop there! Apart from Linux there are other OS that you could try too! There is Solaris, Haiku, Kolibri, etc. And you could learn how to create a multiboot computer too!

Old computers are the perfect way to try out the various Linux distributions and customize them without having to worry about breaking the OS. Should you mess it up while tinkering it, no problem, just start over and do a clean install. Great way to learn about how to install Linux and how they worked.

3) Use the old PCs as an entertainment hub

One thing about those small media boxes and Android media boxes, they go out of date and are difficult to update. And for those who still using their good old non-smart TV, hooking up the old computer to your dumb TV would make it smart! A home made smart TV running a lightweight Linux distro on an old computer. You could watch Netflix, Hulu, Amazon, YouTube using a browser such as Firefox and Chrome. And use VLC to watch any movies in the MP4, MKV format.

For music entertainment, there is a Spotify app as well made for Linux. You could also run Spotify in the browser if you choose not to install the software.

Feeling a bit nostalgic of your good old gaming days? Old PCs are great for installing old PC games. I still enjoy whacking some good old StarCraft, Diablo II, Mechwarrior games. For this I installed the older version of Windows like Windows XP or Windows 7.

Or you could try to use WINE in Linux to run Microsoft software in Linux.

Then there is STEAM and you could get a huge bunch of games at a low cost. However you may need a more capable old machine to have a better experience.

5) Use it as a simple NAS (Network Attached Storage) Server

If you are not quite ready to purchase a dedicated NAS Server such as the popular Synology, you could build a simple NAS server using your old PC. Granted that it may be less energy efficient, and less elegant in terms of size and footprint, it is a good way to start. A file sharing server does not require high specification requirements, so these old PCs should work well.

For better security, you could run it under Linux using SAMBA to share your files and folders in your home network environment. You could also opt to reinstall the older Window OS such as XP and 7. However, they are no longer supported by Microsoft for security update patches.

Sure, an old computer and laptop could not run the latest stuff, but it could still be given a new lease of life. You just need a bit of idea and imagination to how you could make good use of that piece of old hardware.