It's been quite a long slog playing RAID Shadow Legends. With the anniversary, Plarium made a video recapping my ardous adventure playing their game. I was rather surprised that I am amongst the nearly at the 80% top players. 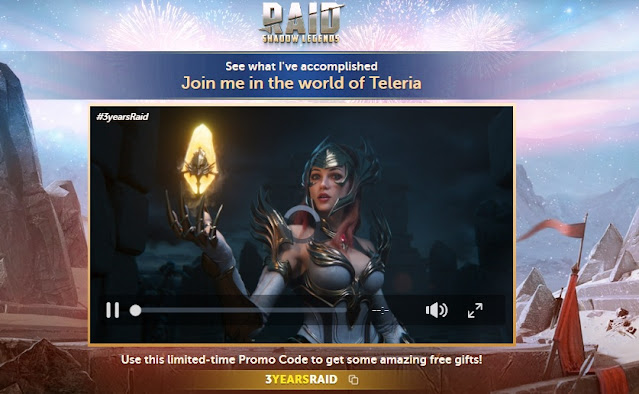 The game is not easy, not easy at all. As a free-to-play player, I really had grind everyday to get coins to level up my champions. The most difficult aspect was to push the artifacts and accessories to level 16. It needs a lot of coins. And to get coins, I had to farm by grinding. While farming, may as well level up low value champions as fodder to level up useful champions.

This farming process needs a lot of perseverance. Perhaps a certain amount of sado-machosim! It is very boring, time consuming but necessary part of the game to power up the champions. I don't know why I embark on this unending pain. Perhaps it is to feel the power when my champions obliterate the lessor powered gamers.

And yet there are so much more, way much more powerful players out there. As said, you may be strong, but there are far more stronger people out there.

With the pandemic still raging on, I had some time to spare. When work gets more hectic, I will have to eventually hang up my hat.