Finally I have played War Robots game for exactly one year after quitting Pokemon. It is probably about quitting time for War Robots as well. During this one year of playing this online multiplayer battle mode, I have seen many changes done by Pixonics in trying to keep the game interesting. Unfortunately more often than not, the changes made the game more difficult and takes the fun out of it.

So here’s the quick low down on the good, the bad and the ugly of this War Robots game. 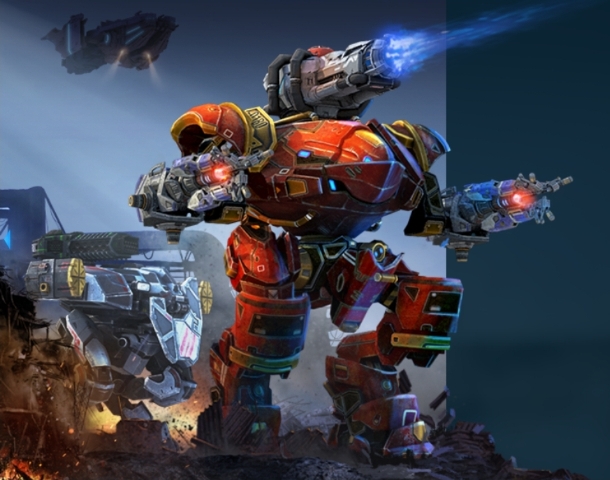 Well, the game could be quite fun. Armchair enthusiast piloting a robot trying to whack the opposing team. With enough robots and weapon variety to keep it interesting. Map choice is just so-so and but every few months a new map would be introduced. It was a good diversion from my Mechwarrior PC game but the piloting style was totally different.

Sure new robots and new weapons make for fresh gameplay, but doing so makes the older robots and weapons become obsolete. In so doing, the game hasn’t got any good balance between the older equipment and the newer more devastating robots and weapons. And to make things worse, it takes a long tedious route to collect enough components to purchase new items and the upgrading process was just as slow as molasses in January. Not to mention the requirement for huge amounts of Ag resources for upgrading.

The removal of King of the Hill game play I felt was also a bad call. This game mode actually favours the light robots including the older light robots and gave me a chance to improve my game ranking. A chance to use Stalkers, Gareth, Cossack which otherwise would be placed in cold storage. Without this game mode, I am seeing my league ranking plummeting really quickly! Ouch! Maybe tanking wouldn’t be so bad an idea, if not for the fact that being in the lower league would result in lower rewards.

All other game modes, Domination, Beacon Rush, Team Deathmatch, Free-For-All were rather difficult to achieve good win rates with my less than powerful robots and stuffs. My win percentage is now more like 30%. Not to mention the team mate firepower balance has so far been rather poor or could it be just my bad luck to be saddled in a team with mostly less capable players?

So far looking at my robots & weapons level, I would say roughly I’m averaging at about level 8. But it is not so much about my items level but the type of robots, weapons that I have (which are really not that powerful) and the game play tactics used by myself as well as the team mates.

The difficulty of obtaining items and the long uphill non-stop upgrading just to get that extra edge meant those that couldn’t upgrade as much or still using older obsolete weapons would not stand a ghost of a chance to have a good balance game play. It is no fun getting whacked before you got the chance to fire back with your older grade robots and weapons.

Pixonics should take a look at the older weapons and robots and make them more useful and to have a chance at tackling the newer stuffs. I could hardly see any players using the older robots like Destrier, Cossack, Boa, Vityaz, Gepard, etc. Nobody used them. Older weapons like Punisher, Pin, Nashorn, Kang Dae hardly get employed in the battlefield. Thunder used to be very popular but now has fallen to the wayside in favour of the newer devastating weapons.

Though I understand the need for funds to pay the developers and staffs who maintain the game. There should be some balance between pay-to-win vs play-to-win. So the long and slow arduous path to upgrade just to get that minor bit of edge, I wouldn't call that fun.

Anyway, I will hang around just for little more before deciding to call it quits.