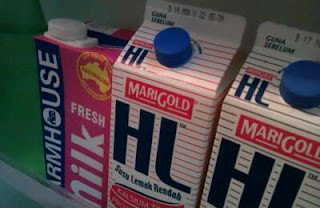 [20/1/2012 Note: about Malaysia inflation in relation to carton milk]
The official CPI or inflation rate in Malaysia is about 5%. But the actual is far higher since the official CPI can be manipulated (CPI rate is based on a basket of goods, some of which has very low or no inflation due to government controlled item, and those that soared, would be taken out of the basket so giving it a low CPI average rate eg housing and cars are not in the basket of goods) to fit the government propaganda machinery to attract foreign investment. For the man in the street, the CPI is meaningless. I recalled in early 2011 a carton of Marigold milk was RM4/carton. And early 2012, I saw Marigold was retailing at about RM5/carton, so that's about 20% increase in a year!
Posted by Jan at 11/10/2011 07:09:00 pm