Messed up my Wordpress Blog and now lags, trying to find a solution

I think I really did it this time round and messed up my Wordpress blog big time! While playing around with StoryTlr, I noticed it was hogging up a lot of server space. Yeah sure, I'm using a very low cost hosting but figured it was good enough for my current needs. I decided to get rid of StoryTlr since I couldn't get the auto update to work anyway. However, after deleting it, much of my server space were still being hog. I said no way, how could it be?

So browsing around trying to find out where the culprit files were, I decided to delete many log files in the /home directory figuring it would be of no use. Finally I chance upon the main culprit error log file in Wordpress which was hogging about 70% of the limited server space. Zap! And that's it, deleted the offending large file.
Read more »
Posted by Jan at 7/27/2012 12:56:00 pm 2 comments:

The recent Panda and Penguin updates has severely affected many web site traffic. Being very busy myself, I have not the time to do a proper cleanup of the Panda and Penguin traffic killer factors. So much to my dismay all the hard work of getting website traffic is now going down the drain and not many people has much clue as to how to gain back the traffic.

Basically, Panda is more about content and on page ranking factors while Penguin is about off page ranking factors particularly about inbound linking. When Google came up with the plan to limit the effects of these factors and come out with penalties, many websites were affected.
Read more »
Posted by Jan at 7/12/2012 03:27:00 pm No comments:

Email ThisBlogThis!Share to TwitterShare to FacebookShare to Pinterest
Labels: internet, make your own web site, seo 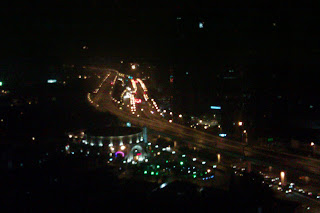