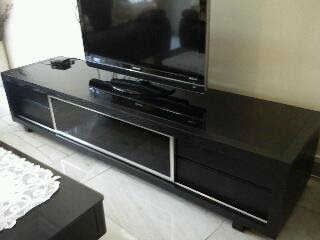 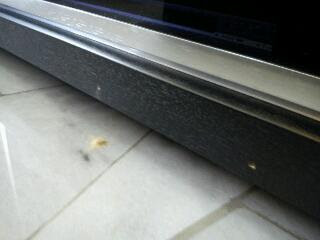 Recently my wife purchased Rozel furniture to replace the older ones. This ought to be a good brand, unfortunaly the Rozel TV console table seems to be chemically untreated. It was infested with termites. Not long after purchse holes could be seen appearing and we could see wood dust dropping out of the holes.

By right the Rozel furniture should be replaced but we get such poor service from Rozel. The representative just kept procrastinating to come over and view the defect. My feeling is that if they kept delaying hoping we may get frustrated and forget about this. Fat chance! More holes are appearing and there is a risk the termite will spread to other furniture and infect the house too!

Sigh! After lodging the complaint the HQ of Rozel says they will process the complaint in two weeks. Up till now still no word. Will see.

[update]
Ok, finally they replaced it with a new one after they took back the defective Rozel TV table and did some checking.

Normally the wood is soak in anti termite chemicals, but I guess their supplier may have forgot to soak that particular piece. Whatever, as consumer, since we bought from Rozel we deal with Rozel. And Rozel will have to deal with their supplier. That's how it works.
Posted by Jan at 11/21/2010 01:44:00 pm No comments: 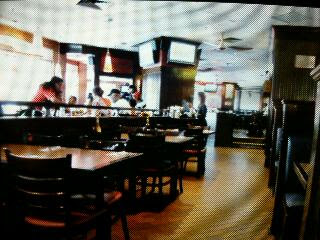 After my son was done getting his jab from the paediatrician, wife, baby and I decided to hop in to Subang Parade Friday Restaurant for lunch.

It has been ahwile since we had a meal at Fridays Restaurant. And guess what? With baby in tow, they made good on the promise, 'kids eat for free!'

Even though baby can't eat yet, Fridays Restaurant allowed us for a free kids meal. We order the fried fish with fries free kid meal, and for the regular meal, we went for salmon pasta and a nicely toasted sandwidch with grilled chicken with clam chowder. 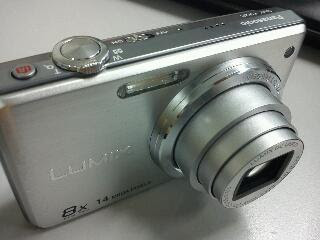 Decided to buy my dad Panasonic Lumix DMC-FH20 digital compact camera to replace his old Fujifilm camera which he has been using for so many years. Time to upgrade his digital camera.

Bought this Panasonic Lumix FH20 from Digital Mall section 14. It was the last unit going at RM750. It has 8x optical zoom and 14 mega pixels.

This Lumix camera may be simpler than my TZ but is more than adequate for my dad. Plus the iA mode makes it easy as it will intelligently set the correct settings automatically for picture exposure.

Not bad for a compact camera.
Panasonic Lumix DMC-FH20

Hardly a month and the iPhone my wife got was defective! As I've said before the defect rate of digital appliance are anywhere between 5 to 10% and that's pretty high. It means one out of ten devices you bought will be defective within your warranty period.

The iPhone my wife is using is now in full silent mode! I believe the frontal speaker has kaput.

Now she would need to return to maxis to claim warranty. I wonder how long before she will get her iPhone returned. Before submitting her defective iPhone set she would need to do a memory wipe as there are many rather sensitive and private information. It would be best to reset iPhone before passing for repair.

Oh, well just one of those days. Murphy's Law at work again.

Email ThisBlogThis!Share to TwitterShare to FacebookShare to Pinterest
Labels: mobile 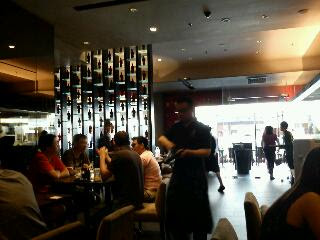 Having a late lunch at Dragon-I Restaurant at Curve. Always like their noodle dishes. This time round I went for their Schezuan hot and spicy noodle instead of their usual clear soup noodle.

Baby was curious about the place and keep turning his head around taking in new sights. Well today is a public holiday and it is baby day out!

With his grandparents accompanying along for a family outing at the Curve shopping centre.

This is intriguing. And apparently their target is Google Gmail coz they name their project Gmail killer. I might just give Facebook email a try once they launch it, but don't bet on anything just yet. Being long supporter of Gmail, I found Gmail has many feature not even Yahoo mail nor Microsoft Hotmail could offer. Will just to wait and when FB launches the email system on Monday.

[update 14/1/2013]
Just a quick update on this quick post which I happened to bump into. I've already got my facebook mail, but it was not all as hot as it should be. It just provided an alternate way to message your friends. Instead of having to log into Facebook, you could just email to your friends Facebook email account and it would pop up in their Facebook messenger inbox list.

So it was not really an email per se, but sort of an alternative communication method to your Facebook friends. If you don't know their email address, or they didn't switch on this feature, it won't work.

I think the biggest contender to the webmail against Google Gmail would come from Microsoft newly redesigned Hotmail Outlook Live MSN webmail. Now giving this new look a spin and so far I kinda like it. So Gmail would have to work harder to maintain their webmail market share (although they recently surpass Microsoft Hotmail users). The recent Gmail re-design on the composing function was rather not so user friendly compared to their old one. Since it was an on-going process, I hope they would improve it and make more user friendly rather than just trying to make it look nice but became less functional.