I guest this HTC Wildfire lower cost Android enabled phone means cutting out on extras. For one, the display is not so sharp with a slight blur from lack of fineness. In fact is less sharp than my Sony Ericsson Xperia X10 Mini.

But as far as thier function goes, the HTC Wildfire still runs pretty smooth with its lower spec and lesser onboard memory.

running on Android version 2.1 it has a very good contacts integration between the onboard contacts (which HTC calls it as People), your Gmail contacts, Facebook, Twitter and a few more other social websites. Might be good if they could have included LinkedIn too.

The HTC Wildfire 5MP camera photo resolution was rather poor too and not able to handle macro shots at all with very noticeable pixelation on the colour graduation.

Hmmm... if you are on a budget or not willing to spend on mobile devices it would be a wise entry level choice to a PDA mobile phone. After all mobile do breakdown in a year or two of usage. They are not meant to last. But if you are loaded, you be better off buying a better pricier model than HTC Wildfire.

So now is Lena's turn to go for Android enabled mobile phone. So I went and got her the HTC Wildfire which seems to be rather popular. At a nice price of RM1100 I should think so to given that it was sold out at the PDA gadget shop even at a higher price of RM1199. 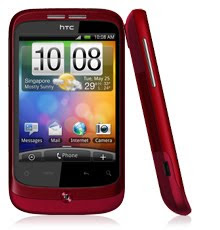 It's bigger screen than my Sony Ericsson Xperia X10 Mini meant that the display is easier to read and of course easier to type. Plus it has a bigger battery capacity at 1300mAh but I doubt it will much more longer due to a bigger display screen. Will have give a spin after charging it up and see.

It's about time her pink coloured Nokia phone was replaced as the Nokia phone was dying plus her HP iPaq was getting rather dated. I'm sure she extracted more than its full lifespan!

Now just waiting for the HTC Wildfire to be fully charged before exploring it further! 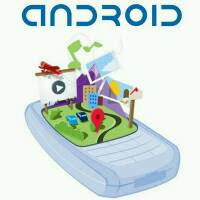 just testing out the blogger droid app on my sony ericcson xperia x10. I have been testing a bunch of android application trying to find some good nifty software app to make full use of my android enabled xperia x10 mini pro. shifting over from my palm centro I have to find a better way to post my blogs on the go including posting mobile photos along the way. let's see how this post fares!
Published with Blogger-droid v1.5.1
Posted by Jann ⁿ_ⁿ at 8/12/2010 11:00:00 am No comments:

Welcome to My Blog

This is my first personal blog. Hopefully more will be published as days go by. Right now I am at a loss as to what to type in. But writer's block does not apply to blogging, right?

I was setting up my Cameron Highlands website, but it takes time to come up with content. Well hopefully I can complete my project and something will come out from my endeavor.

I think the present modern day is rather exciting with all the new gadgets and technical wizadry. I have seen the pace of advancement is rather amazing! I myself owned a few of these gadgets, PDA, handphones, digital cameras, and it does certainly makes life rather interesting! Incredibly I still have my old HP 320LX handheld PC and it still functions. But its speed is so slow, using this ancient device is more like nostalgia.